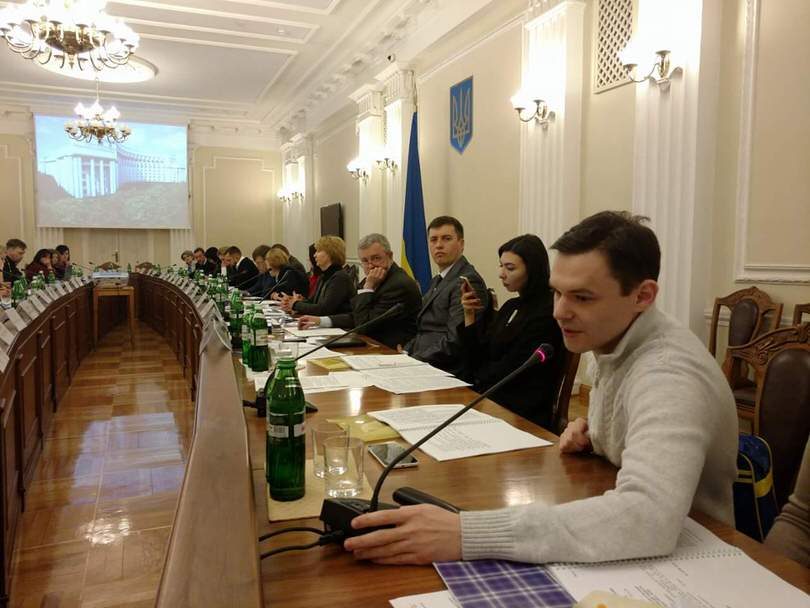 Representatives of the MSM community now have direct representation in the Government’s official coordination body. This participation is crucial for stopping the growing HIV epidemic among men having sex with men (MSM) in Ukraine.

It’s been a long journey until the day Andrii Chernyshev could finally join as a full member of the National Council on TB, HIV/AIDS, an inter-sectoral coordination body chaired by the country’s Vice Prime Minister.

“The HIV epidemic among men having sex with men (MSM) in Ukraine is growing rapidly and still remains hidden. Being gay myself, I have a big interest in having our guys control their health. The most effective way to reach gays or bisexuals can be done only by a person who knows this topic from the inside,” says Svyatoslav Sheremet, a member of the National Expert Group on Health and Rights of Gays and Other Men having Sex with Men in Ukraine. The group has long advocated for the possibility of members of the MSM community to be part of the Government’s official coordination body.

“The direct representation of MSM in this body has a direct impact on the epidemic process. It is a voice of the community that dispels illusions and builds priorities in the right way. Now, our next challenge is to use our involvement at the governmental level us to stop the growing HIV epidemic among MSM.”

In accordance with the Global Fund’s policy, the National Council on HIV/AIDS and TB works as the Country Coordination Mechanism (CCM) and shall directly involve people who represent the key populations affected by the HIV epidemic (including MSM). Last February, the Expert Group on Health and Rights of Gays and Other MSM in Ukraine started the process to elect an MSM representative to the National Council among representatives of 38 non-governmental organisations active on MSM rights. The breakthrough came in April, when the government of Ukraine adopted the resolution establishing the participation of a MSM representative in the Council as obligatory. In May, Andrii Chernyshev was appointed as a member of the Council and could take part in its first decision, by voting the Ukraine Funding Request to the Global Fund for 2018-2020. Vladislav Ostrejko (another MSM activist) was nominated as an alternate member.

“This result was long-due and not easy to achieve,” says Andrii. “The Global Fund recommendation about engaging key affected groups provided a strong foundation. Unfortunately, we experienced resistance not only from Government members of the National Council, but even from representatives of non-governmental organisations. At present, as a result of more than a year of dialogue and negotiations, we came up with a strong, well-coordinated community, which is finally represented at the national level. Our goal for the nearest future is to motivate and support our members in all regions of Ukraine to enter local coordination councils on HIV and TB. This will enable us to advocate for effective policy implementation, while standing as a watch dogs to ensure MSM rights and HIV-related services provision. In the long-term, our objective is to improve collaboration with local authorities to advocate for sustainability of HIV-related services and rights protection of MSM at the local level, once Global Fund funding comes to an end. It’s high time to do it, taking into account the simultaneous reform processes which are currently going on in Ukraine and affecting provision of services at the local level – decentralization, health reform, and reforms in the social sphere. We have a lot of work ahead!”

According to 2015 estimates, there are 181,500 MSM in Ukraine, including transgender people. The public Health Centre of Ukraine reports on the increasingly stronger HIV/AIDS epidemic impact to the highly stigmatized group of men who have sex with men.

Ukraine has one of the fastest growing HIV epidemics in the region, with an estimated HIV prevalence in the adult general population of 0.9 [0.8-1.0]. The estimated number of people living with HIV (PLHIV) in Ukraine is 238,000 (UNAIDS, SPECTRUM 2017). The officially registered cases are however much lower, with  132,945 HIV cases registered in national statistics as of 1 January 2017.

The United Nations Development Programme, a long-time supporter of LGBTI rights in Ukraine, is promoting empowerment and participation of MSM leaders and activists in the decision-making process.